Meningococcal disease is only found naturally in the throat humans and can occasionally invade through the throat tissues into the blood and then cause an infection of the thin lining that surrounds the brain and spinal cord. A major cause of this often fatal disease is the bacterium Neisseria meningitis, also called the meningococcus. The meningococcus can also grow in the blood, causing septicaemia (sepsis), which is even more dangerous than meningitis. These two diseases can occur separately or together and are referred to as 'invasive meningococcal disease', or IMD for short.

The meningococcus is found world-wide and IMD affects most nations and age groups, with the highest disease rates in infants, children, and teenagers. The particular age groups affected differ geographically. Our knowledge of how often IMD occurs is incomplete globally, even though reporting it is legally required in most countries. This epidemiological information is important for responding to cases of IMD, because they can occur in isolation, in clusters (outbreak), as national (epidemic), or international (pandemic) disease outbreaks.

This Dataset
Despite the seriousness of IMD, most people have had meningococci harmlessly living at the back of their throat at one time or another during their life.  Exactly why some of these infections result in IMD whilst others do not is not fully understood, but we do know two important factors promoting IMD: (i) the sugar coat surrounding the bacterium, called the capsule, which determines the meningococcal serogroup; and (ii) the meningococcal genetic type, called the clonal complex, or ‘cc’ for short.

Here we present information on IMD from England, illustrating over time for different age groups, changes in meningococcal serogroup and clonal complex. As it is a seasonal disease, which peaks in the winter months, the data are shown by epidemiological year (01 July - 30 June). When a person has IMD, it is possible to grow the meningococcus from a sample obtained from the patient. This enables its properties to be determined, but this can be difficult or impossible if the patient has been given antibiotics before the sample was taken or the sample is small. For the period described in England, this was true for approximately half the cases of IMD, therefore the data here represent about half the cases of IMD for the time frame describe. 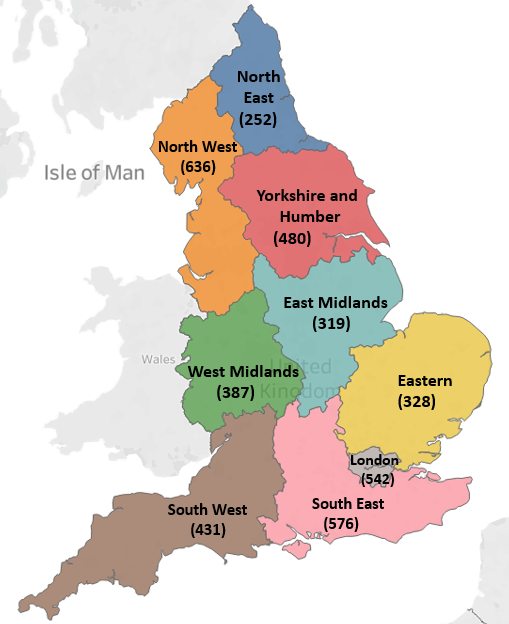 Explore the meningococcal genomic data for England, to understand more about where and when these isolates were collected and the diversity in what age groups are associated with invasive disease.

Explore the meningococcal genomic data to understand more about the different capsular and genetic types that occur in different age groups and regions of England.

Explore the meningococcal genomic data to visualise the diversity of vaccine types that are have been circulating for the last decade and how we can use this data to help public health specialists prevent disease.

How does the meningococcus spread?

Neisseria meningitidis only infects humans.  The meningococcus is spread person-to-person by the respiratory route when two or more people are in close contact.  This means that the bacterium moves in the form of aerosol droplets created when a person with the meningococcus in their throat sneezes or coughs, it can also be passed on by kissing, sharing cutlery or toothbrushes.  The meningococcus spreads most efficiently among people who are close together, indoors, for long periods of time.  As most transmission results in an asymptomatic infection (referred to as colonisation) most of this spread is unseen.

Disease occurs when an invasive meningococcus meets a susceptible person (someone who has not been vaccinated or has a problem with their immune system) and overwhelms the body's defences.  Higher levels of disease are especially associated with conditions where the meningococcus spreads most easily, examples including military recruits, university students or overcrowded housing conditions.  Kissing, smoking, and attending pubs or clubs have also been associated with the spread of meningococci in teenagers. In most cases, IMD develops within a few (3-5) days of exposure to an infected person, so outbreaks of disease are often also associated with the behaviours that promote person-to-person spread.

Possible chains of transmission of Neisseria meningitidis within a human population.